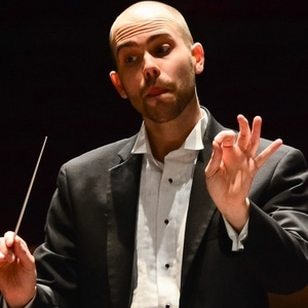 Ryan has recently garnered national recognition for his dynamic, compelling performances of contemporary opera and was the winner of the 2017 American Prize in Opera Conducting for his highly lauded production of A Streetcar Named Desire. He was a 2016 semi-finalist for the Ernst Bacon Memorial Award for the Performance of American Music for his production of Jake Heggie's Dead Man Walking. Ryan is also a past winner of the Vienna Philharmonic’s prestigious Ansbacher Fellowship for Young Conductors, and spent the summer in residence alongside the Vienna Philharmonic at the 2014 Salzburg Festival.